Why I Am Excited For The Playdate Console

Back in 2019, the Mac software developer and game publisher Panic announced that they would be breaking into hardware development. Their product would be a handheld game console reminiscent of the Gameboy, with a black-and-white screen. The trailer and website don't try too hard to sell it. The pitch is that this little game console was made just for fun. 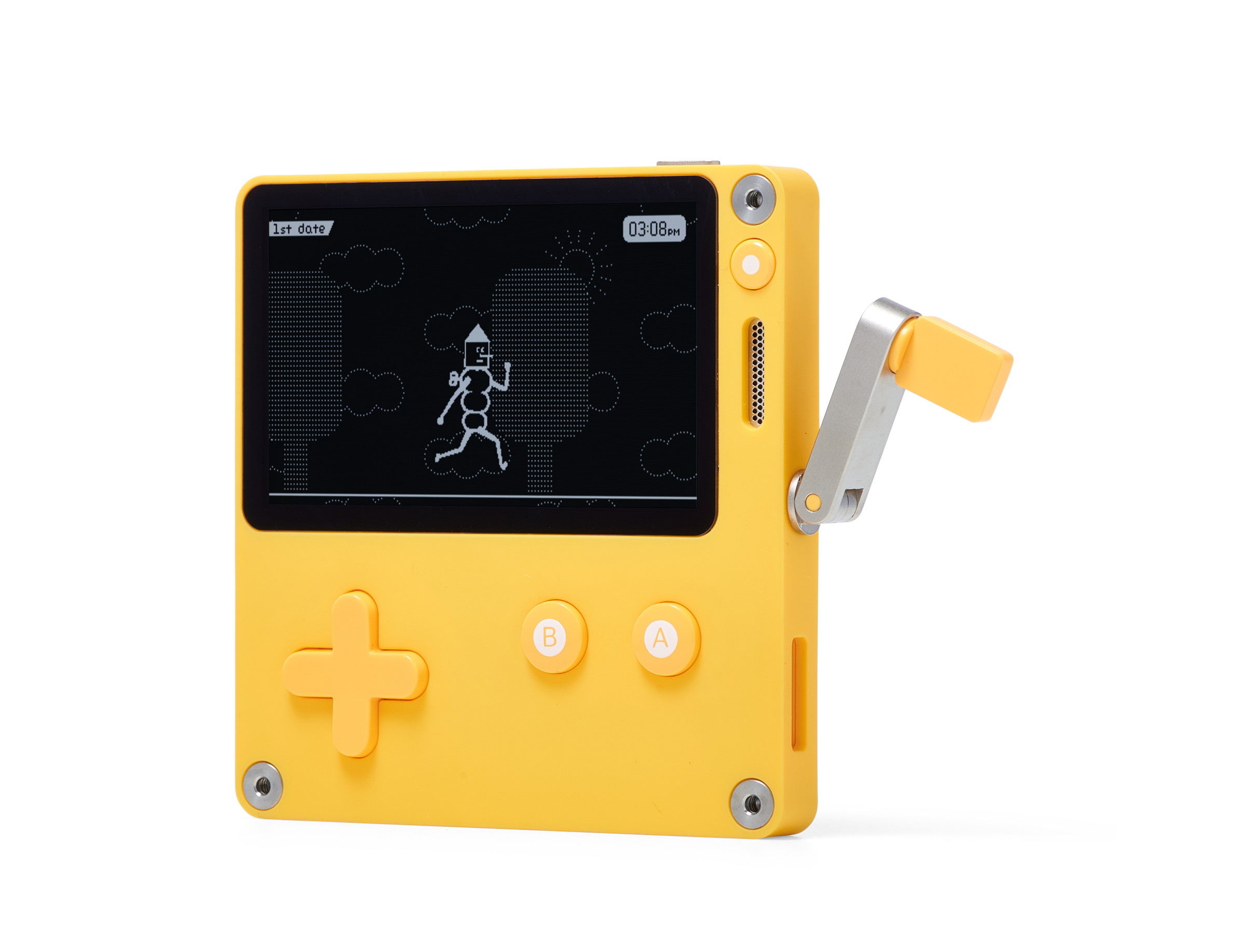 Fun is all I needed, and seeing the list of developers they have gotten to work on their console (Keita Takahashi, Ben Foddy, Lucas Pope, Chuck Jordan, Serenity Forge) was more than enough to sell me on preordering the thing. But for many other reviewers and critics, this thing is simply a novelty or a toy, something that can't justify its existence as a product. In addition to it looking like a lot of fun, it seems to me that the playdate represents a necessary corrective to many of the worst trends in modern gaming.

Video games have become increasingly standardized and homogenized. Many games lack a unique character. EA, Activision and Ubisoft use the same game engines, art assets and mechanics in their games over and over. This is largely a necessity in AAA development, it would be too expensive to develop an entire AAA game from scratch. The problem with this is there is a lot less room for developers and publishers to take risks. In the video game market of the last decade or more, most big releases are the product of taking designs and mechanics that have been used before, and either combining them (a soulslike with roguelike elements and crafting and collectibles and stealth, whatever design trends are out there just throw them in the pot) or otherwise just doing some well established style of game. The indie game market is as cutthroat as the AAA one. With the near-constant deluge of new releases it is nearly impossible for any game to stick in the zeitgeist for long enough to leave an impact unless it is something extremely high-quality or unique. And unfortunately it's nearly impossible to be brilliant all the time. Even the best most talented developers can't bat 100% all the time. What is there to do?

I think that the Playdate has some of the answers. It being a smaller device aimed at a niche audience means that games for it won't be competing for attention with tens of thousands of other releases on Steam, the black-and-white screen and limited hardware will allow developers to focus on designing good games rather than making cutting-edge graphical showcases, or something that is compared to other games, pressuring developers to put energy into making games that are visually impressive but lack any original design. And it's a lovely shade of yellow.

There are a lot of reasons to be skeptical about any new gaming hardware. For one thing, there are already plenty of great systems available these days, and it's not as if the games being made for the Playdate couldn't have been made for PC or home consoles. That, and there have been a whole slew of mediocre failures by indie developers to break into the hardware space. The Ouya and the gamestick were both flops. Even a large company like Valve failed to make an impact with the Steam machine line of PC/console hybrids. Why should the Playdate be any different?

I share many of these concerns, but there are a lot of things that the Playdate is doing that make me hopeful. The fact that they're working with those developers I mentioned and many more making unique experiences for the Playdate is a big part of it. And their decision to bundle together games as part of a season is a great idea. Many smaller bite-sized indie games, no matter how well made or polished, struggle to stick out as viable products. I doubt Portal would have been as well received if it was a standalone game for $20. Having each game just be one of several games means you can get away with making something small that takes only a couple hours, or even less than an hour to finish. That means developers can try out new ideas and mechanics. If it can only last for one hour, fine, you're just getting it as part of a larger set. I hope that this model will open both developers and gamers to trying new things and not be so set on getting a certain number of hours of playtime from each game they buy even if that's the result of padding. What I want from the Playdate is this little playground for small, pared back games that can try new things, experiment with design and mechanics, and generally offer new experiences that wouldn't get any room to breathe on other platforms.

I want to say a bit about the crank: it's genius. Portable consoles have long struggled with analogue input. The PSP's tiny nub didn't give you the freedom of movement or precision of a regular analogue stick. Neither did the PS Vita's. The Nintendo Switch's joycons have only marginally better sticks, setting aside the drifting issues. The one system that had fairly comfortable analogue controls in my opinion was the 3DS, which was limited by its smaller range of movement. The crank solves many of these problems. Having an analogue input that can handle both large fast movements and smaller, more precise actions will open up a whole host of possibilities for game design on the Playdate. And it works perfectly on a portable device. Since it can just fit snugly into the side of the console and be taken out as needed, it won't need to add needlessly to the thing's bulk. Compared to something like the Switch (let alone the Steam Deck) the Playdate is a genuinely portable device, which is something I didn't think I'd think of when discussing handheld game consoles. Watching the demos of the season of games and seeing some of the weird ideas people have come up with for it has me thrilled.

A lot remains to be seen: will the Playdate's build quality hold up to regular use, will more developers make good games for the thing, will we have to deal with crank drift? For now I am excited. I am far more excited about this than I am about the PS5 or the Xbox Series consoles. This is something genuinely new, something that represents a necessary corrective to a lot of what is wrong with gaming today. Best of luck to everyone at Panic, I look forward to my playdate coming in the mail some time soon.